When it comes to karting competitions, the true champion is the individual that can display the greatest endurance while keeping fast laps times.  The LVGP Summer Iron Man Series is a great test to that skill.  An hour and half race was held in each of the 3 Summer months.  The overall champion would be crowned based upon overall points over the 3 Races.

The tough aspect of racing is that you can never predict what can happen during a race.  In the final race of the series Jason Frankenfield aka Bone had kart issues in the beginning of the race with a broken throttle cable.  This enabled Ben Lindsay and Jonathan Updegrove to have a 2 man race.  The two drivers raced nose to tail for the final 25 minutes of the race finishing with a difference of .205!!!  Bone finished 3rd but had won the previous 2 races to claim the overall victory!

It was an excited Series this Summer as we got to see a lot of new faces get into the competition program.  All of the drivers showed great class and sportsmanship. 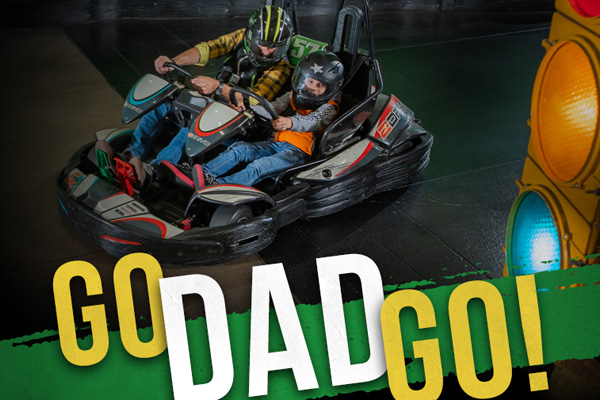 Not that you need a reminder but Father’s Day is right around the corner. Don’t worry, we have you covered! From June 15-17 we are selling $75 gift cards for only $50. With a gift like that your Dad will really think he’s the “Best Dad Ever!”

Get your Gift of Adrenaline for Father’s Day today!