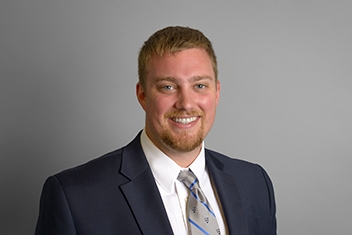 Man of the Year Campaign Finale

The Leukemia and Lymphoma Society’s Man of the Year Campaign or (LLS Campaign) was full of action this year from all of the participants. Mike McCreary was an LLS campaign had a strong campaign that raised over $50K. In doing so, he was nominated for a charity grant that supports pediatric and young adult cancer research in honor of his daughter, Kaden Lila McCreary. “Together we are saving lives, not some day, but today.”

Mike raised money through donations, but also through an event he solely had invested his time into creating, “Giro De’Eleganza”, a classic car show that highlighted hundreds of classic cars. Most of them are historical landmarks in the automotive history of the world. This event was captured at the NB Center in Allentown, PA. An event center, which has been specifically active for events such as this one.

What’s Next for Mike McCreary

The LLS Campaign and Charitable Organizations aren’t the last stop on Mikes list of community support. He has plans on being a serious player in the Lehigh Valley. Being an entrepreneur was a life long goal of Mikes, but soon after LVGP, he realized he had a knack for growing businesses and wanted to help others grow too. He doubles as a consultant in his off time with smaller, start up companies and gives them the ability to grow in a continuing competitive market in the Lehigh Valley. Mike goes in depth with business models to create an entity that can withstand competition and flourish no matter the industry. With his extensive, background, Mike builds models with a strong foundation to keep companies profitable year after year.

Mike has an innate ability to forecast business methods and trends in the area. With his background in marketing, he has natural a insight and is methodical in his approach to evaluating companies and their products and services.