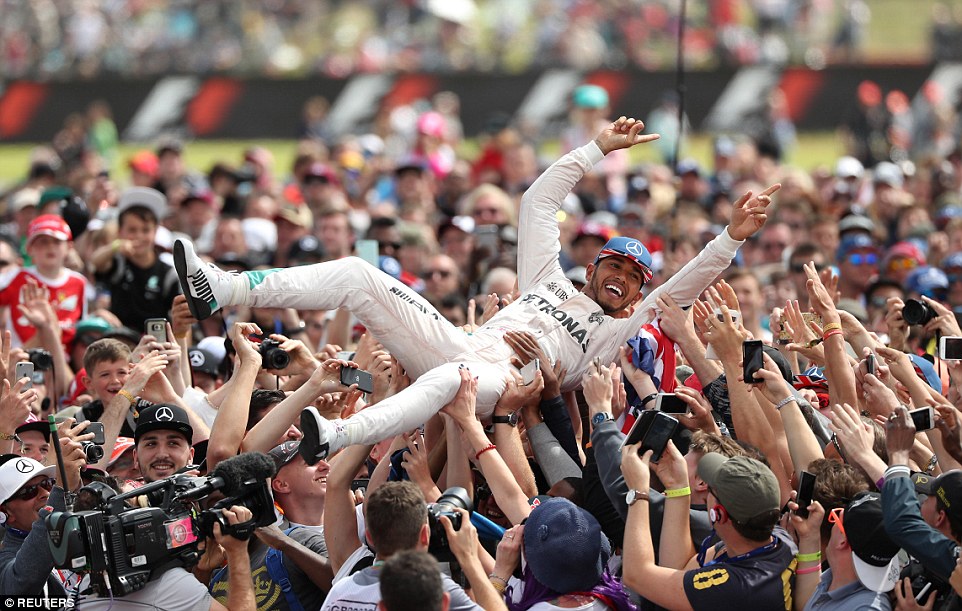 Lewis Hamilton came in first place during the British Grand Prix for the fifth time last month. The Formula 1 race was held at Silverstone Circuit in the UK. Hamilton, 32, executed his fourth consecutive home win since 2014. Right behind Hamilton, was his teammate Valtteri Bottas who placed in second while Kimi Raikkonen finished in third. Several days before his big win, Hamilton received criticism for not attending a F1 promotional event which made fans and stakeholders nervous. Despite the criticism, Hamilton celebrated his victory by crowd surfing before the post-race press conference following the race.

Lewis Carl Davidson Hamilton is a British Formula One racing driver for the Mercedes AMG Petronas team. Hamilton began his career with go kart racing and is no stranger to success. At the age of 10, Hamilton was the youngest winner in history of the British Cadet Kart championship. In 1998, when he was just 13, he was signed into the McLaren young driver program by the McLaren CEO Ron Dennis. As a three time Formula One World Champion, he has come a long way since winning his first title in 2008. Hamilton has been with Mercedes for over 4 years and his current contract doesn’t come to an end until 2018. “I know that right now I am at my best and I want to stay there.” Hamilton said during an interview. We look forward to seeing what Hamilton will accomplish in his future endeavors.

Click here to check out the latest Formula 1 driver standings.