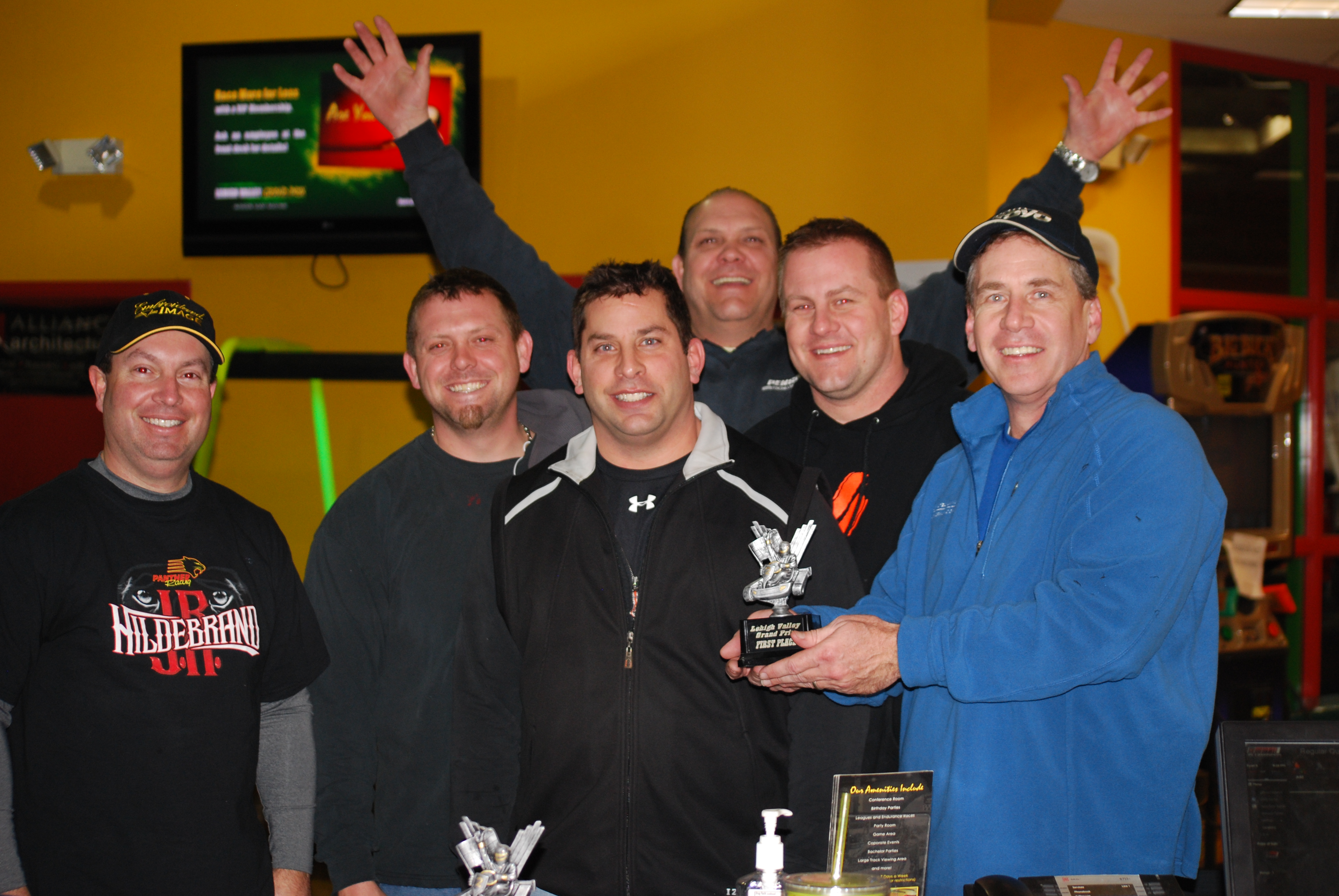 The final round of our adult league series ended on Wednesday night.  The competition was fierce and the formats were kept a mystery each week.

In week one the facility did the usual 8 minute qualifier to determine the league groups.  After the qualifier the groups each competed in two 20 minutes feature races.  Kyle Lick won honors for the A group while Samanthalee Greco too the B group and Brian Roemer won the Group C.

Week 2 the format was a true test of endurance.  After the qualifying race each group participated in a 40 minute mini-iron man race.   Halfway through the race the field was inverted and sent backwards.  This added a twist and created challenges for drivers who had never driven the track backwards.  In the A group the honors were split between Kyle Lick and Jeff Shuey.  Group B was a dominate victory by Samanthalee Grecco winning both directions and the Group C was split between Brian Roemer and Jon Stangle.

Week 3 was the biggest surprise of the league series.  League Director, Ryan Suchon, made the decision to throw down powder and make the track surface slick.  None of the drivers had any practice opportunity, so the skill had to come from natural instinct and ability.  In group A Kyle Lick and Jason Frankenfield split the two victories.  In Group B Jim Wilson and Dan Deithorn were winners and in Group C Brian Roemer and Ed Stangle came out on top.

Week 4, the final week was the best week to make up points and climb or fall down the ladder.  The format was each group ran a 8 minute qualifier followed by 3 features that were 12 minutes.  The shorter features meant drivers had to be more aggressive and make moves early.  It also meant that there was an extra feature to earn points.  Jeff Shuey from the A Group took advantage winning 2 out of the 3 features helping him secure a third place in overall standings.  Jason Frankenfield was the other winner in the A Group.  In the B Group Samanthalee Greco continued to dominate winning the final 2 of the 3 features and Jim Wilson took the first of the 3 feathers.  In Group C Mike Krachun came out of the boxes hot winning the first 2 features and Michael Hartberger took the final race.

Overall, this was one of the most competitive leagues in LVGP history.  The formats were meant to keep the races fresh and exciting each week and we are thank to all the drivers who participated!!